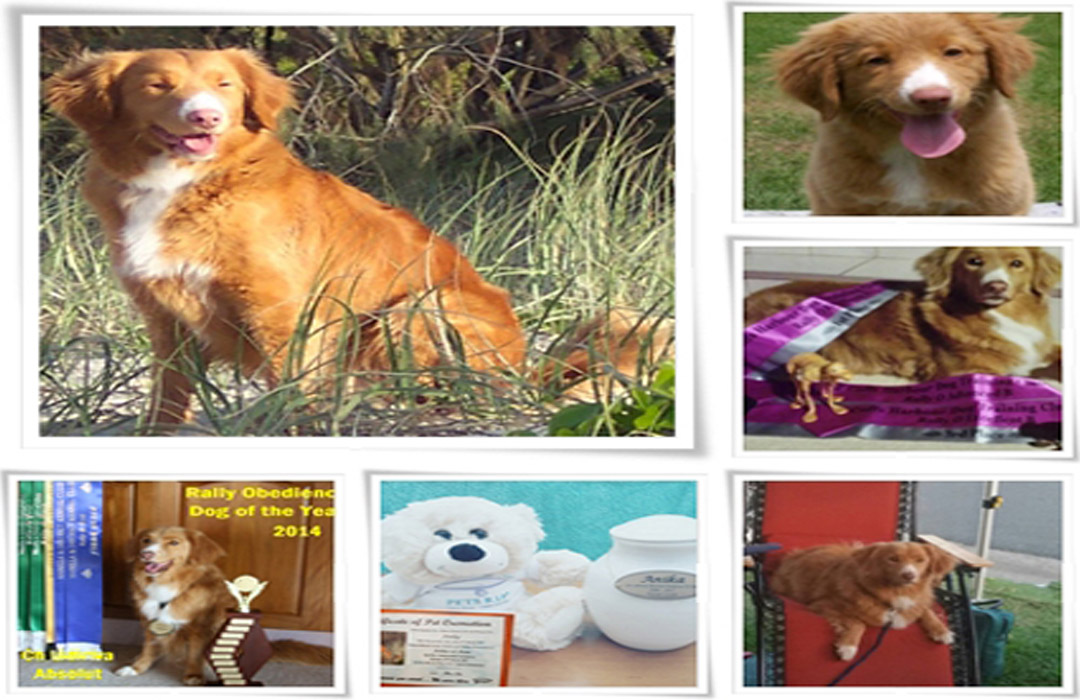 Yesterday we VERY SADLY lost our First Toller – Anika – “Ch Lidlriva Absolut Arabica CD RAE”. Anika was no show girl all thou she obtained her Aus. Ch Title. Anika would have made the best Mum with her lovely nature unfortunately she didn’t tick all the boxes but used to get a buzz out of knowing babies were around. She was a Super Girl to have. We got Anika to compete in Obedience so the Show Ring did not matter. We had some great memories in the Obedience Ring. One event comes to mind when Anika won 5 from 6 trials at Armidale. She could be a lazy worker but when on song she looked the part, head up and Tail up wagging. She made it through to Novice in formal OB and then Rally O came along which she enjoyed and she got through to the highest Title of “Rally Advanced Excellent”. She did not get to compete in Masters when it was introduced last year. Anika was our Clubs, Clarence Dog Sports “Rally Obedience Dog of the Year” in 2013 & 2014. Fanta and Anika would often compete against each other. Anika consistently scored in the low 90’s but did have a couple of 98’s along the way. She did have 76 one day also, but silly Dad went the wrong way twice and cost her 20 pts! She probably had good reason on a few occasions to blame Dad for the low scores! You taught us so much girl. It has been a hard 24hrs and our lives are not going to be the same without our “Nikee Nu Nu”. We will Miss your awesome cuddles. Anika, R.I.P. beautiful girl you have filled our life’s with so much love and affection you will be missed forever and a day.